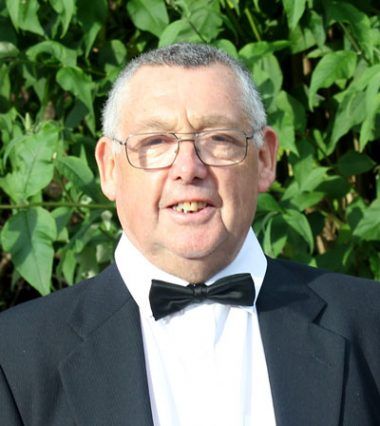 Bill’s great passion is hill and long distance walking and as such, in connection with his local church, All Saints, Aston, he has walked and organised pilgrimages for a group from the church including the now retired Rector of Aston to major cities with Cathedrals or Minster Churches, the first being to York followed by Southall, Beverley, Derby, Lincoln, Liverpool, Ripon and Blackburn.

All these pilgrim walks were over a few days staying overnight for B&B and if their overnight stopovers happened to be near a hostelry it was just a mere chance and coincidence.

Apart from being a member of the International Lions Organisation he is also an active  member of The Royal British Legion, Dinnington Branch where he is a case/welfare worker, apart from being an official of the branch, plus the Rotherham Area Representative at South and West Yorkshire HQ at Leeds.

It was being a member of the TRBL and the branch supporting the Lions with its Christmas Sleighs that introduced Bill to the organisation and hence a member of Maltby (Rother Valley) Lions.

This carnival hosts a parade for all to join and terminates at the carnival site, (Lodge Lane Playing field) where there is an arena for performing acts, surrounded by stalls for local charities and good causes to fund raise for their own organisations.

Maltby Lions help Bill with traffic control on the site and help as marshals along the parade route as well as manning their own stall.