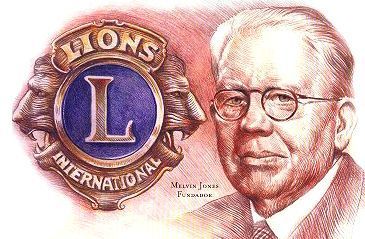 Lions Clubs International was formed in 1917 by a Chicago business leader, Melvin Jones, who wondered what would happen if people put their talents to work improving their communities. As a result of his inspiration, 1.35 million men and women today are members of the world’s largest service club association – 17,000 of them based in 900 Lions Clubs in the British Isles and Ireland. 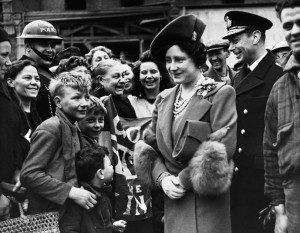 It was thanks to the support of the Canadian Lions – and the intervention of Her Late Majesty Queen Elizabeth, the Queen Mother, that the first Lions Club in London was founded.

Canadian Lions had provided invaluable support for children orphaned in the Second World War. To thank them, the then Queen sent her equerry Colonel Edward Wyndham (later Lord Leconfield) to Canada. He was so impressed that Windsor (Ontario) Lions Club agreed to sponsor the first London club, with Lord Leconfield as its founding Charter President.

Milestones in the history of the Lions

Beginning in 1917 – Melvin Jones, a 38-year-old Chicago business leader, asked a simple and world-changing question – what if people put their talents to work improving their communities? Almost 100 years later, Lions Clubs International is the world’s largest service club organization, with 1.35 million members in more than 46,000 clubs and countless stories of Lions acting on the same simple idea: let’s improve our communities.

1920: Going International – Just three years after our founding, Lions became international when we established the first club in Canada. Mexico followed in 1927. In the 1950s and 1960s international growth accelerated, with new clubs in Europe, Asia and Africa.

1925: Eradicating Blindness – Helen Keller addressed the Lions Clubs International Convention in Cedar Point, Ohio, USA, and challenged Lions to become “knights of the blind in the crusade against darkness.” Since then, we have worked tirelessly to aid the blind and visually impaired.

1957: Organising Youth Programmes – In the late 1950s, we created the Leo Programme to provide the youth of the world with an opportunity for personal development through volunteering. There are approximately 144,000 Leos and 5,700 Leo clubs in more than 140 countries worldwide.

1968: Establishing Our Foundation – Lions Clubs International Foundation assists Lions with global and large-scale local humanitarian projects. Through our Foundation, Lions meet the needs of their local and global communities.

1990: Launching SightFirst – Through SightFirst, Lions are restoring sight and preventing blindness on a global scale. Launched in 1990, Lions have raised more than $346 million for this initiative. SightFirst targets the major causes of blindness: cataract, trachoma, river blindness, childhood blindness, diabetic retinopathy and glaucoma.

Today: Extending Our Reach – Lions Clubs International extends our mission of service every day – in local communities, in all corners of the globe. The needs are great and our services broad, including sight, health, youth, elderly, the environment and disaster relief. Our international network has grown to include over 200 countries and geographic areas. 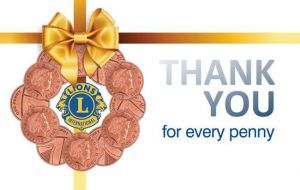